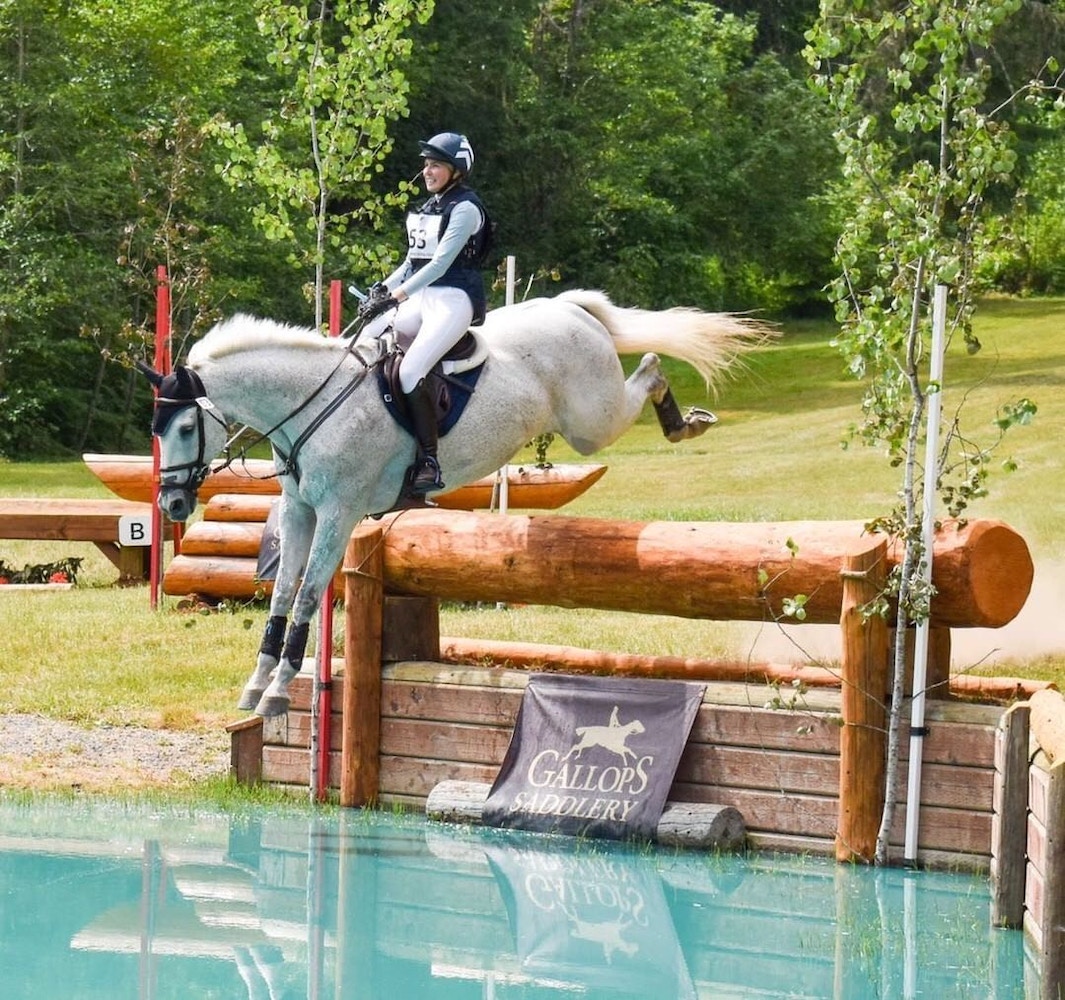 Have you ever been out cross country schooling and heard your trainer yell, “go jump that coffin over there” while you sit in shock on top of your horse wondering what on earth your trainer just asked you to go jump? Or maybe you were watching the live stream for the Kentucky Three Day Event and hear a commentator explain how seamlessly a horse and rider just navigated through a normandy bank complex, and thought they might be speaking another language?

Not to fear, we have made the ultimate cross country jump guide for you!

A Key Hole is a jump that you jump through! Jump it straight and center just like you would jump a normal fence.

A Weldon’s Wall is a ditch with a wall on the far side of it. This type of jump is ridden just like a triple bar oxer. The ditch acts as the first rail, the wall acts as the third tallest rail, and the middle rail is up to your imagination!

Coffins usually consist of a rail (A element) to ditch (B element) to rail (C element) combination with a related amount of strides in between. The picture below shows the ditch element of a coffin combination.

Banks are either steps up or steps down. Up banks are ridden like verticals while down banks ride like you are jumping off a cliff- make sure to keep your eye up and sit back!

A Sunken Road is a combination of jumps involving rails and banks. Sunken Roads can be extremely technical combinations. At the upper levels a sunken road usually consists of an upright rail (A element), with a stride or bounce distance off a bank (B element) , then a stride to an up bank (C element), and then another stride or bounce over a final jump (D element). This is an example of the B and D element of a sunken road!

Normandy Banks consist of an up bank with a ditch in front of it with usually a stride or bounce in between to a solid fence on top of a hill! The jump at the top of the hill is usually a drop fence. Because of the difficulty of this exercise, this type of combination is usually not seen until the upper levels. This is an example of the drop fence aspect of a Normandy Bank Complex.

Even after eventing for over 10 years, some jumps still catch me off guard. I remember walking my first Advanced cross country course and coming up to the fence and thinking what in the world is this. My trainer, Jennifer Wooten, replied “it’s a Tiger Trap! Ride is like you would ride a triple oxer and you’ll be just fine!”

A Chevron is a narrow V shaped jump. Chevrons are usually placed as elements in combinations to test how much control the rider has over the horse to navigate them through narrow flags.

A Corner is a jump that sounds like exactly what it is. Corners are shaped in a triangle design where the horse and rider are asked to jump the corner of it. The higher the level, the wider and narrower the corner becomes!

A Trakehner is a jump that consists of a ditch with a log suspended over it.

We hope you find this useful! Good luck on course!

Now that you've mastered the descriptions of each cross country obstacle it's time to find a trainer to coach you over the whole course! Find Eventing Trainers near you on Equivont.com. 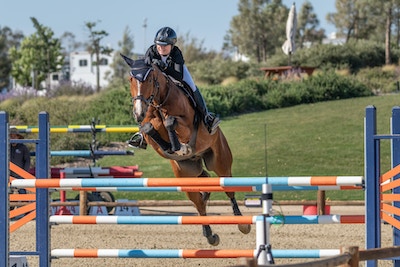 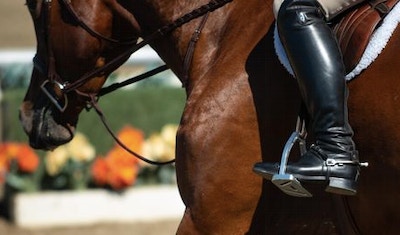 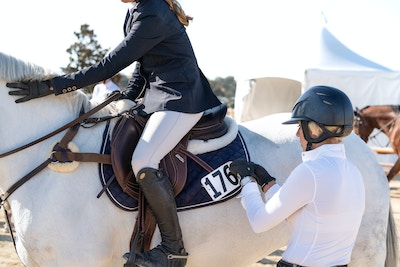