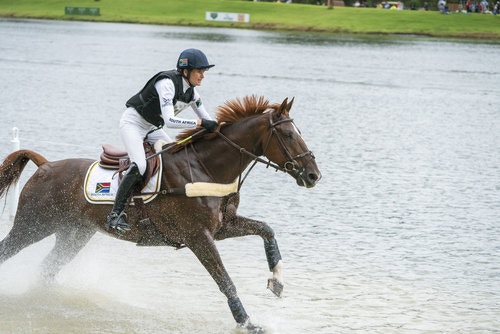 Reposted from Darby Bonomi PhD.. Darby Bonomi is a practicing psychologist and consultant that works with people of all ages to achieve lasting change and establish foundations for mental wellness. Darby combines her life-long experience in the equestrian world with her vast toolbox of psychological and coaching interventions. Riders of all levels and their families reclaim joy in the sport, leading the way to improved performance and better health. Photo credit: Monica Stevenson

We do it all the time.

We make a ‘mistake’ (not one that hurts anyone, just a mistake), and we say ‘sorry.’ I hear it regularly in the warm up ring—a rider apologizing to her trainer. Why? Do we expect ourselves to be perfect? When does an error become a crime? And, by apologizing, do we allow ourselves to learn anything from what just happened?

Most of the time, I’d say no. An apology means we regret what we did. Our mindset is fixed—we’re saying to ourselves that there was a way to do it, and we came up short. Just a note: I’m not saying we should totally abandon apologies. I’m asking us all to reflect on our ‘sorries’ to see if they’re warranted or, rather, an unconscious curtailing of a creative experience.

As I’ve said before, the ability to take risks—to experiment with something and fail—helps us build our skills, our confidence, and our resilience. Girls tend to believe that they need to get it right the first time—or they have to apologize. Why don’t girls feel the freedom to experiment—and fail—as boys generally do?

I’m sure you’ve heard about ‘tinkering.’ It used to be something that people (usually guys) did in their garages with cars or tools. Now, the concept of tinkering is a big deal in education. Tinkering usually refers to building something with your hands—playing with materials and tools to see what you can create. According to Matt Pearson, Director of the Maker’s Lab at Marin Country Day School, tinkering is about playful exploration— it’s the first stage of making. “The more tinkering kids can do, the more they learn that there is no right or wrong. They are learning to explore … and figuring out how to make things connect. This is how people learn that they have to be willing to take a risk.“

One of the essential components of tinkering is that there’s no ‘failure’—it’s all about experimentation. If something goes ‘wrong,’ there is nothing to be sorry about. Creative problem solving is the focus, and kids are spurred by their imagination, rather than a set outcome. Taking risks and seeing what happens is what it’s all about.

It’s important to note that tinkering isn’t a haphazard activity. It occurs in a context of using previous knowledge to figure out something new. As I mentioned above, it’s the exploring stage of making.* Maybe you’re trying to make a robot walk. Or a solar go-cart move. Or maybe you’re trying to figure out how to get a particular young horse to soften and go forward. Tinkering is a deliberate kind of experimentation, where you are playfully working from a hypothesis that is grounded in your knowledge about previous robots or solar cars or horses. As you explore, you are conducting another experiment, refining your hypotheses and working toward the creation of something new.

Creativity emerges out of the freedom to experiment unapologetically.

Let’s encourage our girls—and our boys—to adopt a tinkering or learning mindset. How do we do this? First of all, we need to create a culture that supports this process: one that rewards creative risk-taking and experimentation and doesn’t insist on perfectionism. Matt Pearson emphasizes that role models are an essential aspect of creating such a culture. Girls, for instance, are far more likely to experiment freely if they see another woman doing so, especially if she is an accomplished professional. As adults, let’s model this mindset: let’s praise thoughtful experimentation and risk taking and be wary of rigid perfectionism.

Think about it: isn’t all of life really about tinkering—trying out new ideas and new approaches to problems? We all learn when we experiment with new things. Let’s bring this philosophy into our lives and open ourselves to more creativity—in and out of the saddle. No apologies accepted.

*The second stage of making, according to Matt Pearson, involves the formation of a plan, a budget and a timeframe for a creation.

I’d like to say a big thank you to Matt Pearson for speaking to me about the concepts of tinkering and making; I appreciate his generosity, expertise, and thoughtfulness. 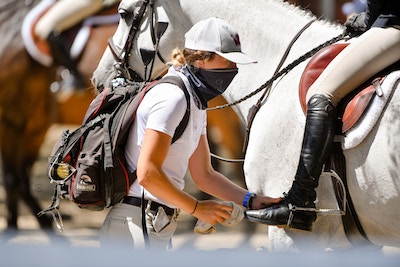 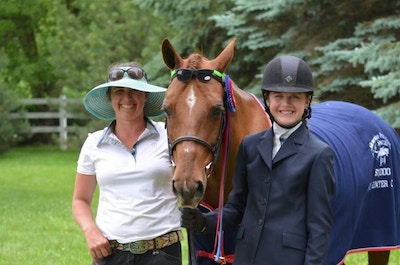 The Plaid Horse: Four Reasons You Should Be Leasing Instead of Buying