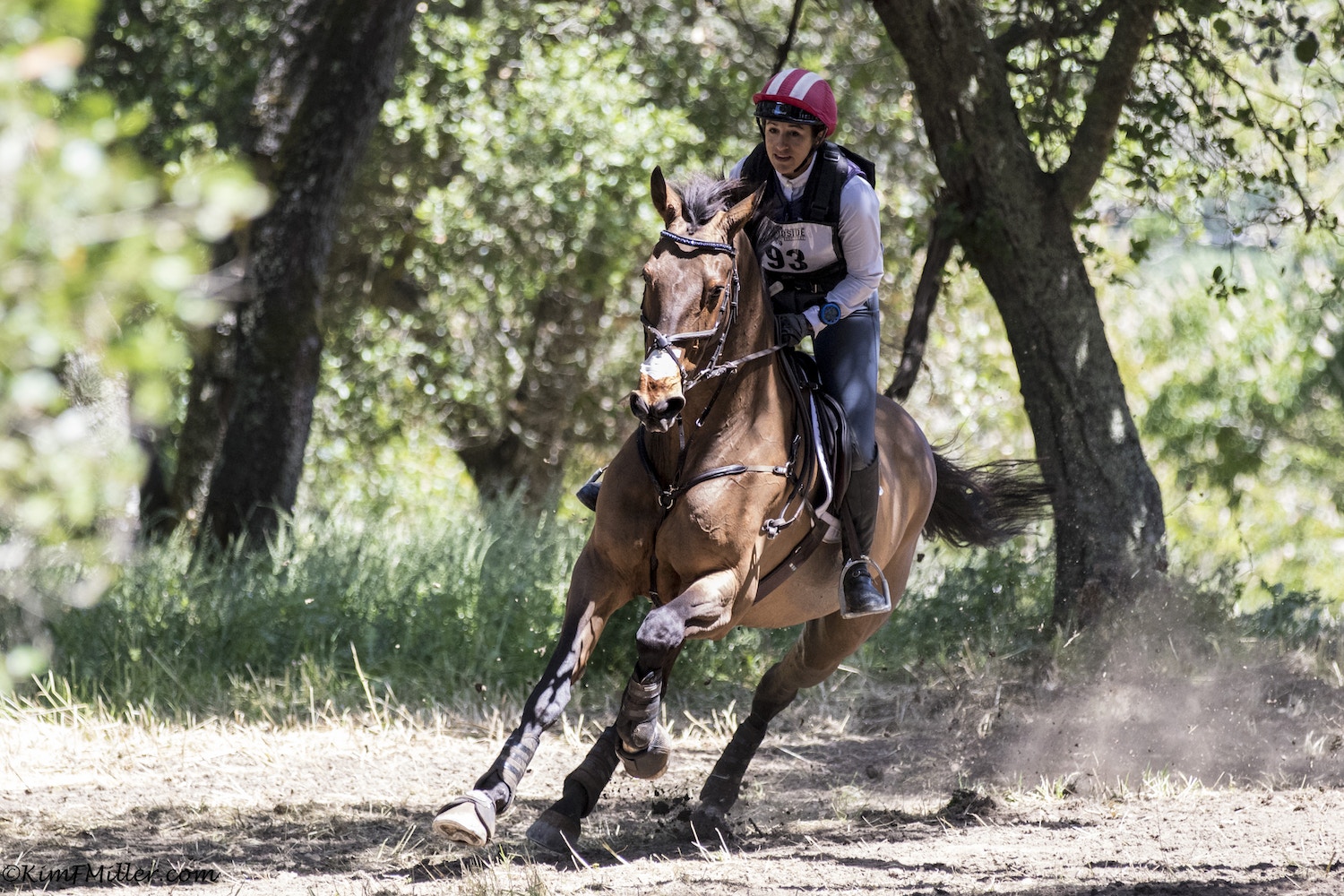 Rio Olympic eventer Lauren Billys had trouble containing her emotions en route to a clear finish over the rigorous CCI4*-L cross-country track at the late-July Rebecca Farm competition in Montana. Her partner of six years, Castle Larchfield Purdy, felt literally better than ever and they were leading the three-phase meet after a lovely dressage test.

“I just feel really thankful getting to ride him in a long format and he felt so good,” Lauren thought while racing over the terrain. “It was really exciting.” With Olympic qualification hanging on their results, Lauren reined in her emotions and re-focused on finishing the course.

Her 17-year-old steed suffered no such distractions galloping to his first ever time-fault-free completion of a course at the 4*-Long level. “He was on fire,” Lauren recounts of the horse she came very close to losing to a severe colic only last October. Good horsemanship, good veterinary care and good luck spared him that end, but after he recovered from that, clear symptoms confirmed something Lauren had long suspected: respiratory issues.

“I always knew that his breathing was the limiting factor in his fitness,” she says of the big Irish Sporthorse. It became more pronounced as she began legging him up this past spring, after he had fully recovered from the colic. Prior to that, the main hint of breathing challenges was that Purdy’s respiratory rate was slow to recover after exertion, especially compared to that of lighter Thoroughbreds and other breeds who excel in the sport’s rigorous phases. However, Purdy hadn’t been coughing or having nasal discharge, common signs of respiratory tract problems. And he was otherwise performing at his peak.

As he regained fitness this year, the symptoms were more obvious. On conditioning gallops, he hung his tongue out the side of his mouth – “we think to get more air’’-- and the effort to inhale was audible. “It wasn’t like he was roaring, but you could just hear him struggling to inhale,” explains Lauren, who is based in Carmel Valley, California.

To represent Puerto Rico in the Tokyo Olympics next year, Lauren has to be ranked first or second among eventers in the FEI’s South American qualifying region. She topped that list going into Rebecca Farm and is confident that her eventual second place finish – after a rail in the show jumping finalé – will make it virtually impossible to get knocked out of that spot. “This weekend puts me very far ahead for riders in my area of the world.” The Olympic determination will officially be made at year’s end, but Lauren is planning on Tokyo next summer and working backward from that for Purdy’s fitness and conditioning plan.

Closing the competition year out with the CCI4*-S at Woodside in October is the plan for now, plus show jumping and dressage competition to stay sharp. Purdy will enjoy trail riding and grass pasture turn-out at Lauren’s home stable in Northern California, but not an extended vacation. “He gets bored!” she explains.

When Purdy’s respiratory restrictions got worse during his return to work early this year, he was referred to Phoebe Smith, DVM, DACVIM, an internal veterinary medicine specialist with Riviera Equine in California’s Santa Ynez Valley. An extensive respiratory exam included the use of the relatively new dynamic respiratory endoscope, made by Optomed, while Purdy was galloping and a cytology report drawn from a bronchoalveolar lavage. The exam confirmed Lauren’s fears: Purdy, indeed, had respiratory challenges.

The endoscope’s ability to reveal Purdy’s upper respiratory function while galloping under saddle is a big advantage, explains Dr. Smith. “We were able to mimic the type of exercise where Lauren had described her concerns.” This is especially valuable when examining upper respiratory function, which can be affected by the horse’s head and neck position. “It beats the old way of doing this on a treadmill.” The equipment is carried in saddlebags and the scope data can be transmitted by Bluetooth technology or recorded on a data card for viewing on a laptop in the field. Dr. Smith chose the latter option because Bluetooth didn’t reach far enough to follow the hill gallop route.

The endoscope exam revealed some functional instabilities in Purdy’s upper airway that only occurred under exertion.

The BAL revealed a moderate level of Inflammatory Airway Disease (now often referred to as a condition on the Equine Asthma Spectrum) and a mild case of Exercise Induced Pulmonary Hemorrhage. The functional instabilities occur in the upper airway, and the IAD exists in the lower airways. For Purdy, it was likely that each condition affected the other, though it’s not possible to say in what way or to what extent.

Lauren and Dr. Smith set about “treating the treatable:” IAD and, by treating that, likely eliminating the mild EIPH.

Multiple studies estimate that over 80% of horses have IAD to some extent, often without symptoms that even a conscientious owner would detect. It occurs when irritation causes inflammation and constriction of airways, impeding the transfer of oxygen from the lungs to the rest of the body and further stressing an already delicate system. It is not curable, but it is manageable.

EIPH is a condition common in racehorses and others who exert themselves to the extreme for short bursts. It occurs when tiny blood vessels in the lung – 1/110th the width of a human hair -- burst. In mild cases, like Purdy’s, the amount of bleeding is so small it can only be detected in a microscopic evaluation of a bronchoalveolar lavage. 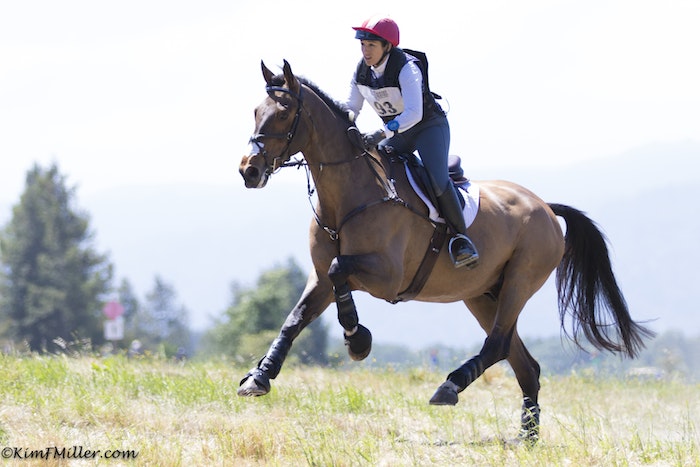 A Flexineb Portable Nebulizer was the first step to bringing Purdy immediate relief, delivering the bronchodilator medication, albuterol, and the corticosteroid, fluticasone. An intensive, initial 90-day course of treatment with these aerosolized medications brought the IAD under control and enabled Purdy to gradually build up his fitness.

But Lauren wanted long-term solutions and to keep Purdy at his peak without medications that are not allowed in competition. With the help of the Purdy Syndicate, Lauren imported him in 2013 and galloped on to fulfill a lifelong Olympic dream in 2016. His well-being is Lauren’s top priority, but with him so fit, capable and willing, she believes the 2020 Tokyo Olympics are fully within reach now that his respiratory conditions can be controlled.

On Dr. Smith’s recommendation, she started Purdy on Haygain high-temperature steamed hay in April of this year. “With IAD, we know it’s inhaled particulates the horses are reacting to, so the overarching goal is always to reduce that,” the veterinarian explains.

Haygain hay steaming rids hay of 98% of the breathable dust, mold, fungi and bacteria found in even top-quality hay. In California’s dry climate, hay is often dustier than that found elsewhere in the country, while mold spores may be less of an issue.

Lauren’s team had been wetting hay to dampen dust and appreciates the switch to steaming. Purdy loves it and it’s less of a mess, she notes. At home in the Carmel Valley area, Purdy spends more hours on grass pasture to avoid barn dust and his paddock is sprinkled regularly to further minimize breathable irritants. (Dr. Smith cautions that conventional wisdom regarding the respiratory benefits of an outdoor life don’t always apply. “Sometimes it’s dustier outside, especially if it’s windy or there are fires in the area. It should really be considered on a farm by farm basis.”)

Monitoring Purdy’s respiratory recovery rate after workouts with similar levels of exertion over the last four months, Lauren says the new routine is improving that once weak metric of his fitness. His rate has been virtually halved since starting the new regimen. That and his performance, energy and attitude suggest that the mild EIPH and IAD are well controlled.

In mid-July, Purdy went off the nebulized albuterol and fluticasone. Instead, he’s getting nebulized saline solution and EquiSilver, a chelated silver product that kills infectious microrganisms: both are competition “safe.”

Completing Rebecca Farm’s 4*-Long cross-country track without time faults is something Lauren is especially thrilled about. Some of that can be credited to her experience and to ideal conditions that day, but Lauren believes Purdy’s greatly improved respiratory health played a big part. 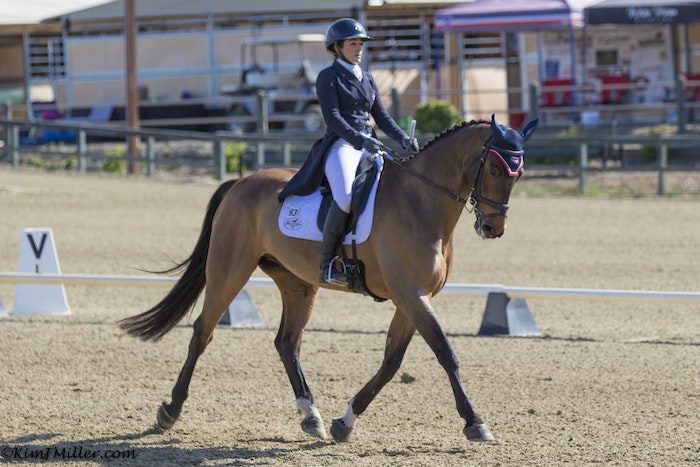 “Honestly, this whole process has given him a new lease on life,” she explains. “I never thought about how this could affect him.” Even in the dressage phase of spring competitions, “He had so much energy and perk,” she reflects. “And it carries from one day to the next.”

Purdy’s approach at the Spring Event at Woodside in late May was a happy harbinger of how things might go at Rebecca Farm. “I’ve run Woodside I don’t know how many times… Every time, I’ve always had to kick him when we get to that last uphill stretch. This time, he grabbed the bit and ran. He’s never felt like that before!” Although Lauren rode it as a warm-up event, she and Purdy finished second in Woodside’s Advanced division.

Lauren has already realized one Olympic dream with Purdy. Two would be amazing, she acknowledges, but having a healthy, easy breathing horse is even more important.

Through family lineage, Lauren has represented Puerto Rico in international competition since 2011, when she competed Ballingowan Ginger in the Pan American Games. She remains in touch with Puerto Rican equestrian federation officials and friends, and was thrilled to get a congratulatory call from the head of the U.S. territory’s Olympic committee after her important Rebecca Farm finish. After 2017’s devastating Hurricanes Irma and Maria, Lauren was instrumental in raising funds and supplies to help the many affected horses, working with her Puerto Rican show jumper Israel Lopez and others. 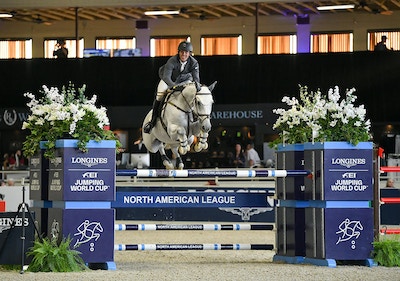