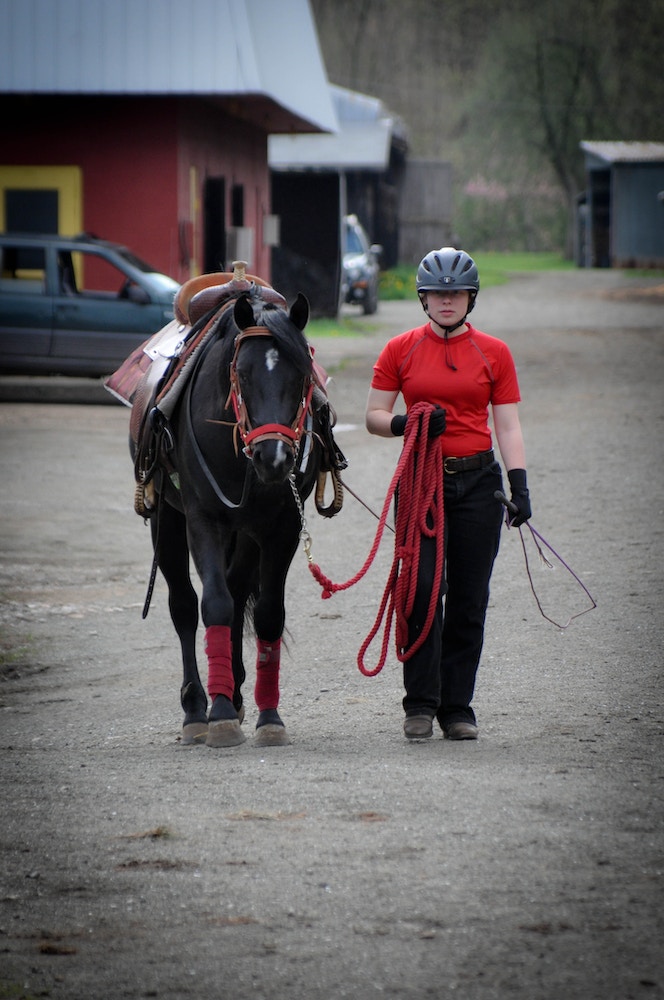 Reposted from Ronald W. Meredith, D.S., president and instructor at Meredith    Manor International Equestrian Centre. Dr. Meredith has over fifty years    experience as president of the school and has developed it from its humble    beginnings of six students in 1963 to its current world class level.

Because of his outstanding contributions to the horse industry and specifically    to equine education, he has received a number of distinctive recognitions    including an Honorary Doctorate of Equestrian Studies Degree from Salem    College in 1981, the only degree of this kind in the world.

Dr. Meredith has held seven AHSA judges' cards and has trained top level horses and riders in the cutting and reining world. He has had over 75 articles published in    over 150 equine magazines & journals.

Good horse training is boring to watch. It looks like nothing is happening. Many people are impressed by training methods that are nothing more than a blatant series of attacks on the horse because they are dramatic to watch. However, physically dominating a horse does not teach him anything. To train a horse, you must use mental strength, not physical strength.

Horses are prey animals. They are in an undesirable position in the food chain and they know this. Their eyes are on the outside of their heads so they can see danger coming from any direction. When we approach a horse, it has no way of knowing what our actual intent is. It can only observe our actions and make a decision that it is safe to stay put or safer to flee.

When a large cat approaches a group of gazelles as a hunter, the whole herd will start running and try to escape until one of them is killed. Once its hunt has been successful, the cat's tail goes down and its muscles relax. Now it can pick up its kill and walk directly through the herd and the gazelles will just go on grazing. The cat's body language has changed from a tense alertness that telegraphs the message "there is a hunter among us" to a more relaxed, non-threatening posture that merely says "there is a cat walking among us" and the herd responds accordingly.

So your first communication task in training is to get the horse to quietly accept you as a "cat walking in the herd" rather than as a "cat hunting within the herd." From a horse logical viewpoint, you do not want to be seen as an attacking predator.

Your next communication task, once the horse has quietly accepted you into its "herd," is to be the horse in control of the herd. Stallions do not run their herds. All they are concerned with is who gets the next mare. The lead mare controls the herd and makes the decisions. She controls the herd through body language that the other horses clearly understand.

Let me give you an example of how mythunderstandings about training happen when people substitute human logic for horse logic. When a horse is scared or upset, it tenses and its head goes up. Human logic says that to create the desired shape (a lower head carriage), all you have to do is tie the horse's head down until the horse "understands." However, if the horse is tense because the training methods were scaring or confusing it, this will only make the problem worse. From a horse logical standpoint, the tie down is only another threat or attack. If the trainer's techniques were horse logical in the first place so that the horse remained relaxed, its head and neck would eventually have the desired shape without the need for mechanical aids.

People who train by presenting the horse with a task then punishing the animal in some way when it doesn't "get it" are on the wrong track. They think they are teaching the horse a lesson. But the horse understands their "correction" only as an attack, a threat. No real learning takes place. By fighting with a horse, the only thing you are teaching it is that the biggest, baddest one wins. You give the horse no clues about how to do things methodically and logically.

It is also important for trainers to realize that horses do not understand or recognize human feelings. But our human feelings often create conflicts for us and our horses. If we don't plan our actions ahead when training, our actions will be guided by feelings and instincts. Since man is a natural predator with an instinct for combat, the very first thing young males often do when frustrated is to fight. And the more scared they are, the more willing they are to fight. When people make a big fuss in front of others, posturing about how they are handling this big, dangerous horse, very often it is because they are afraid you are going to realize they are not really in control.

Training is just like swallowing a big ball of string. It would be impossible to swallow it all at once. But if you eat it an inch at a time, break the task down into really small bits, it is easy. Getting the horse's attention is the first bite of the string we call training. Most of the mythunderstandings about training come about because people try to swallow too big a chunk of string. You must go bit by bit, using a methodical series of actions to get the horse's attention and direct the horse's attention without threatening or attacking him. Training a horse involves dominating him mentally, not physically. And you must systematically introduce new shapes or tasks to him in a way that is logical to the horse according to his natural instincts rather than your human instincts and logic.

Meredith Manor is an equestrian career college dedicated to preparing students for hands-on, equestrian careers as trainers, instructors, equine massage therapists, stable managers, farriers and more. If you want a career with horses and are considering attending Meredith Manor, request an information packet to learn more 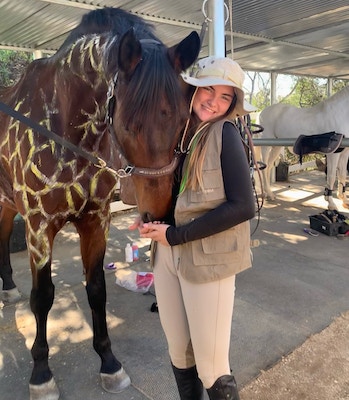 EASY and Cute Halloween Costume Ideas for You and Your Horse 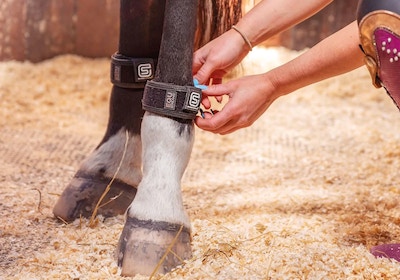 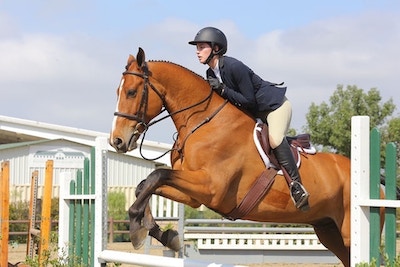