Nonprofits
Find a business Blog
‹ back
Home
Blog
Featured Riders
Will Maclean: A Name to Know

Will Maclean: A Name to Know 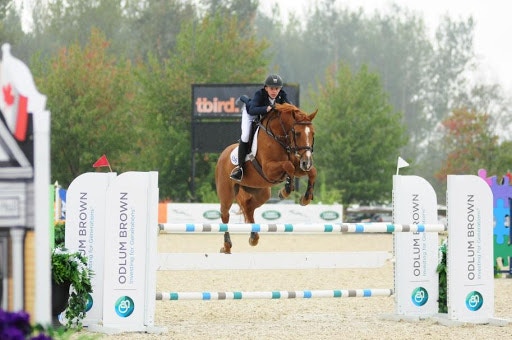 This week, we catch up with Junior rider Will Maclean. Although Will is just 13-years-old, he competes in the 1.20m jumpers with Poli Loli, his 11-year-old, 16.2 hand chestnut warmblood.

How is it that a rider as young as Will is already entering and kicking butt at the 1.20m level? Well, we learned that Will has been riding since he was just four years old at his family-owned barn in Washoe Valley, Nevada. He said, "I rode there for around eight years competing in the 3” hunters and some equitation medals along the West Coast." Then, Will got into how he switched to the Jumpers, which has to do with his new trainer. "About a year ago, I started riding with Ray Texel and he moved me into the jumpers. Ray is awesome; he is the only person I know that has so much knowledge about horses but still has room in his brain to tell you tons of completely random facts every day and teach you many important life lessons. I think that riding with him was one of the best choices I’ve ever made."

Will's training regimen is complicated but effective. "Because Ray trains and lives in California and I live in Nevada, it is hard to ride as much as I need to. However, I do online school to be more flexible so I am able to go down on Wednesdays and come back home on Sundays." That is dedication to the sport at its finest!

He has already a plethora of knowledge from his time with horses and big goals for the future. Will says that his pony, "Trixter, who I did the short stirrup on," was the most influential horse he's ever had. "He taught me to get back on every time I fell off, and he taught me that a lot." Sounds all too familiar! (Peep: Rotten Ponies Build Grit) He's also learned that with horses and life, "patience and perseverance are key and not to go jump the low option because it’s easier and less risky but to jump the high option because it’s harder and riskier… and you’ll get more points." Spoken like a true jumper! 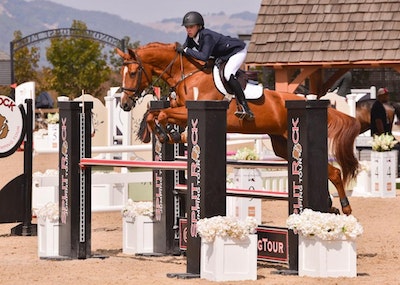 When asked about falling off, Will had only a positive way of looking at the situation. "Well as George Morris says 'if you’re not in the hospital, you’re on a horse.' I like that quote a lot because if you stop at a jump you’re not just going to be done and try again tomorrow, you are going to keep trying until you get over it and the same thing goes for falling off. So if I fall off (and I don’t go to the hospital) I will get back on and try to finish like it’s the best ride I’ve ever had."

And even when the falls and the sport itself is extremely tough, Will says he's always brought back to the barn because "I’ve always loved animals and I think that horses are so cool and I am very lucky to be able to spend my life with horses. I don’t know about you but I think spending a day galloping and jumping over stuff on a horse a lot more fun than spending a day with regular boring people." Wiser words have never been spoken and I couldn't agree more!

Will's big goals for the future include the short-term goals to move-up to the 1.30s in the next year and "maybe even the 1.35s and do young riders when I turn 16," and then long-term goals to eventually "compete in the World Cup, Pan American games and the Olympics." His advice to other riders is "Never give up because when you’ve hit rock bottom there is only one way to go," and we know that attitude is going to get him to every goal he has.

Best of luck, Will! 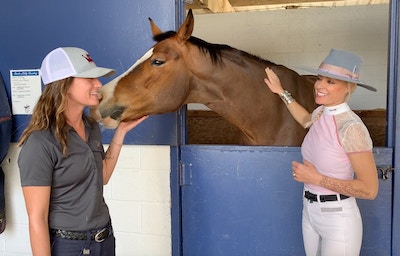